Enterprising and dynamic career in the entertainment business for more than 30 years. Based in Los Angeles. Vast experience in several areas of show business. From working as a live and studio session musician, voice-over artist (and director), actor (SAG) in films, tv and commercials, to an award-winning filmmaker who has produced, directed and edited films, documentaries, corporate videos, and TV shows. Working with film sales/distribution since 2001, with experience in commercial negotiation and acquisition of international rights.

Nicholas, born in New York, found his way to the West Coast. Behind the camera at an early age, interested in film and arts, studied acting and directing in College. He has worked in several productions including Films, Documentaries, Television shows, Commercials and Corporate Videos and has experience in all aspects of production, including casting and assistant directing. Nicholas has 22 years of experience in advertising and market research for the film industry. Vast knowledge of promotions and cross advertising and works directly with Regal, AMC, National Amusements and Cinemark Theatres.

Born in Rio de Janeiro, Brazil, Talita was involved with several artistic expressions such as theater, ballet and classical piano. In college, she studied marketing. That is when she decided to become an actress. She studied with director Walter Lima, Jr.. She then moved to Los Angeles where she’s been able to work in mainstream projects such as the hit TV show “Community”, as well as independent ones along side Matthew Lillard, Tony Shalhoub and Jeremy Sisto and in award-nominated short films. She has made a solid career as a voice-over actor for her home country, Portugal and Africa. She is the voice of several Docu-series, cartoons and shows in Portuguese.

Francisco has done visual effects for films such as “Hacker”, with Haylie Duff, “Turbulence”, with Dina Meyer and Victoria Pratt, “It’s in the streets”, “Restored me”, with Richard T. Jones and Steven Bauer, the family adventure “The kids from 62-F” and “Arranged Marriage” a Bollywood film directed by Nadeem Soumah. He has also worked with the director in two of his award-winning films and in his own sci-fi project, “Zora One Chronicles”. He has produced and directed several commercials and corporate videos in São Paulo and in Los Angeles. 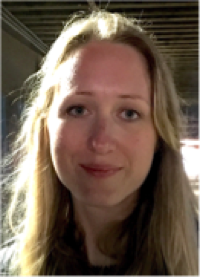 Born in Santa Monica, California, Brianne moved to Sweden when she was 1 year old. She has lived in Australia, where she studied business administration, when she found out she liked personal and professional development. She moved to the U.K. where she graduated in psychology and therapy. She got her Masters Degree in Psychological Research at Bangor University and then her PhD in Positive Psychology.

Born in São Paulo, Brazil, Thais is a photographer (photojournalism) whose photos have been published internationally and she’s also a videographer. She’s a member of the United Press Agency. She has worked with magazines such as People, Us, Life & Style and Star, in the U.S., Neue Post and Bunte, from Germany, Veja and Exame from Brazil and newspapers such as New York Daily News, New York Post and Daily Mail. She has produced several media events, hiring videographers, photographers and editors. 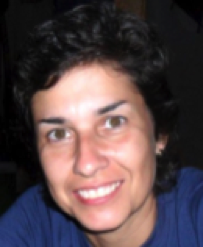 Co-owner of Imediata Propaganda, an advertising agency in Rio de Janeiro. Creative Director, Marcia has a degree in Communications from PUC RJ, and then studied Marketing and Promotions at ESPM.

She has worked in the creative department of agencies such as Fiore Comunicação, Jtrês Comunicação, Oito Publicidade among others, working with clients from several different areas of business. Michelin, GlaxoSmithkline, Knoll Laboratories, Sony Music, Warner Music, Shopping Multicenter, O Boticário, to mention a few.

Isaias has produced and directed several videos and commercials for political campaigns. He has worked as a director advisor for the Commercial Association of São Paulo. He was the President-Director of CNTUR (National Confederation of Tourism), president of public image of Rotary Club São Paulo and Secretary of Small Business Owners of the União Geral dos Trabalhadores (General Union of Workers).